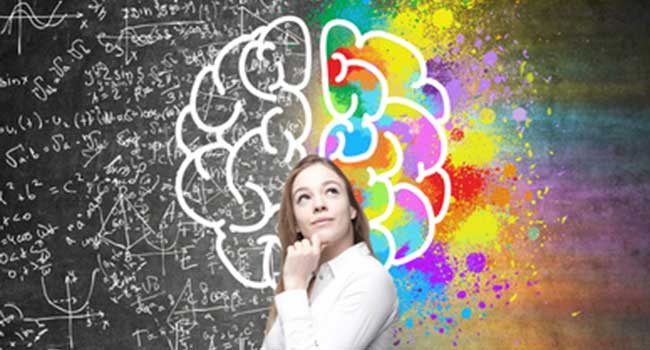 Good feedback, a willingness to understand, a desire to improve… These altogether lead to meaningful actions and positive changes.

Getting good feedback is obviously the starting point; and business leaders run tons of surveys for that purpose. Even with so much technological progress made in the past 100 years, getting good feedback through an online survey remains elusive, however. Let’s peek underneath the hood a bit and take a look at how advancements in data science and applied psychology are changing the game.

The human brain is an intricate and complex system that so often defies our understanding. When it comes to grasping the mechanisms that help shape people’s opinions, there are at least two parts of the brain that we need to better understand: the intuitive vs. the logical. In Daniel Kahneman’s Nobel prize winning work, he refers to the former as System 1 and the latter as System 2. The intuitive is the part of our brain that gets things done while the logical is in charge of reasoning, and tries to minimize our mistakes.

The most interesting discovery made based on Kahneman’s work is not that the intuitive is separate from the logical. Rather, it is that they are not equals. One of the two drives the bus most of the time, the other simply rides along. Guess which one is most often in the driver’s seat—you might be surprised to find that Kahneman determined it is the intuitive. Not the logical.

Subsequent research was able to quantify these effects further. There are specific numbers we can quote about decision making. For example, in terms of purchasing, 95% of our buying decisions are made by the intuitive, the remaining 5% is for the logical to come up with reasons to back up the decisions instigated by the intuitive. In other words, between the intuitive and the logical, the tilt towards the intuitive is about 20 to 1.

While there aren’t exact numbers to quote in the corporate world, when you ask someone about their feelings, urgency, sense of job security, gut feel of ethical environment, satisfaction towards career growth, etc., shouldn’t we expect most of those opinions to be based on intuition? Isn’t it reasonable to also assume something like a 10 to 1 tilt?

Regarding feedback collection—you need to capture both the intuitive and logical sides of the brain. The technology hasn’t existed before; but with advancements in digital interaction and applied psychology, it is now feasible to gather insight into both sides of the brain simultaneously. In the online survey space, Survature has leveraged these advancements and established that it is entirely possible to reveal the “intuitive” nature of people’s opinions by observing their behavior as they interact with Survature’s unique survey experience. This additional dimension of data adds unprecedented context to survey results.

Business leaders are hungry for information that will help them drive decisions but there is a pervasive lack of confidence in survey data. The good news is that new technologies and data science are allowing us to rethink methods that haven’t really changed over the last 100 years. These advancements will grow confidence in survey results. In that regard, things are really just getting started which makes it an exciting time for anyone who wants good feedback, has a willingness to understand different viewpoints, and has the leadership to cause positive change. Parroting the great innovator Steve Jobs—think different.

Jian Huang is the Chief Executive Officer at Survature providing the vision for reinventing the way the world experiences surveys. He is a professor of computer science at the University of Tennessee (UT) researching data analysis, visualization, and human-computer interaction. His research has received funding from the National Science Foundation, the US Department of Energy, the US Department of Interior, Intel, NASA, and UT-Battelle. Jian received his PhD from the Ohio State University.

Do you have a big question that needs answering?

Contact us and find out how Survature can show you what matters to customers.